PAOs – Time to Step Up in the Public Sector

Over the last 7 years, the Confederation of Asian and Pacific Accountants (CAPA) has focused on the accountancy profession’s role in improving public sector financial management (PFM) and in that time met with members of professional accountancy organisations (PAOs) and various officials from Ministries of Finance, other government departments and Supreme Audit Institutions.

These visits identified that significant specific improvements in PFM are possible, improvements that the accountancy profession could greatly assist with. Yet in many countries around the world, the profession’s engagement with the public sector in this regard often appeared limited or non-existent. Harder evidence was needed to understand what was happening, and in 2019 CAPA published findings from a survey of its members. The messages were clear: 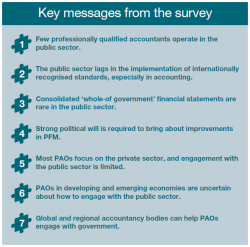 These messages are detailed in PAOs – Engaging with the Public Sector, a thought provoking publication available to all PAOs globally , where the messages would be equally appropriate.

The reasons for the general lack of engagement are numerous. For instance, many governments administer arrangements whereby employees of various backgrounds are recruited and then trained in specific accounting procedures. Cash accounting remains prevalent and analysis, provision of information for decision-making, and reporting are basic, such that advanced skills are not required. Therefore, needs do not or did not exist that require governments to look outside their immediate environment to source or train accountants.

Conversely, many PAOs originated with a focus on individuals involved in auditing of companies, and indeed today some still have this core focus. However, some evolved over the years and the majority of members may now be accountants working in business. Other PAOs have only ever had this focus. It is a smaller number of PAOs that have a reasonable proportion of their members working in the public sector. Therefore, as a generalisation, PAOs have not looked outside their immediate environment to supply accountants suitable to the public sector.

An important consideration in this debate is the fact that accountants in the private sector are often remunerated at significantly higher levels than in the public sector. This is a key factor as to why both governments and PAOs have not looked outside their immediate environments.

However, the landscape is changing.

In many developed countries, the landscape changed some time ago. Citizens demanded that the public purse was properly managed and taxes were used efficiently and effectively. Governments realised they needed higher-level skills. As a result, PAOs trained accountants able to work in either the private or public sectors, and remuneration levels became more equal.

Similar changes are surfacing now in the developing and emerging economies. The same pressures are coming to the fore. Complexity is also increasing in the public sector, ranging for example from the funding and development of infrastructure projects, to unique models of service delivery. Public private partnership models are often required to access funding, bringing complexities in governance, accounting and reporting. And, the public continues to look for an end to inefficiency, maladministration, fraud and corruption.

One significant change occurring is that governments are expected to be highly accountable and transparent, which manifests itself in the way finances are reported. Cash accounting is now accepted as being inadequate to prevent issues arising – the 2008 sovereign debt crisis accelerated the focus on appropriate financial reporting. The International Public Sector Financial Accountability Index, 2018 Status Report, issued jointly be IFAC and CIPFA, predicts that within five years, the number of governments reporting on accrual accounting will rise from 25% to 65%. To make this happen will require a huge-scale supply and retraining of public sector accountants.

Anticipating these circumstances, Attracting and Retaining Finance Personnel in the Public Sector was published by CAPA in 2016. An innovative multi-stakeholder approach is proposed to address the related challenge, involving: 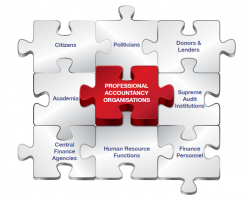 Whilst PAOs are only one of the stakeholders, they can be central to harnessing the involvement of all other stakeholders.

In a similar vein, Improving Financial Management in the Public Sector – the Eight Key Elements of PFM Success™ also issued by CAPA, considers how PAOs can engage with public sector leaders to assess where improvements are needed across PFM systems. These elements range from the climate for reform, including the political will, through to capacity and capability considerations, as well as legal, fiscal and policy frameworks. 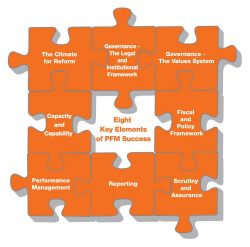 The accountancy profession is committed to protecting the public interest and encouraging accountability and transparency from governments around the world. And the accountants can and do play a number of significant roles in PFM, whether as advisor, designer, implementer, executor, reporter, reviewer or assurer. In fact, the involvement of the accountancy profession is vital to the implementation of ‘the eight key elements of PFM success’™.

PAOs are therefore encouraged to consider:

The three CAPA publications referenced in this article may be accessed in this website at: Public Financial Management > PFM Publications.